Improve Your Knowledge of Italian Language History of Italian Language is a bit young compared to the UN official languages (Arabic, Chinese, English, French, Russian and Spanish). Originating from Latin roots, the Italian language has become an important medium to the World Economy, Business, Politics and Culture. A study shows that in The US institutions, Italian is the 6th most learned language. There were 56,743 enrollments in 2016, about 4.0% of total students. You will fall in love with Italian once you get to know Italian Language History. This blog has explained in detail about the history of the Italian language and dialects.

For ease, we can divide the history in 3 sections and some subsections. It will be easier if you know the origin of the language first, then the development and the modern era.

As you know, Italian is not an ancient language compared to the big 6, but the parent language has greatly influenced Italian. Let’s take a look.

Italian descended directly from the Vulgar Latin or popularly known as Romance Language. Italian is the second most spoken language in Europe. A young Indo-European language that has roots in Latin. If you look into language articles, you will be amazed to see that Italian is the closest language to Latin.

During the 5th to 15th centuries, Latin was the official language in most of Europe. Although most of the residents were illiterate, Latin was written and read by a handful of people. The rest used a language that you know as Vulgar Latin or spoken Latin.

Like Arabic and Hebrew, both came from the Semitic language of Abraham. Latin then had different accents over Europe. Later on, spoken Latin became Portuguese, Spanish, French, Italian, Catalan, and many more.

Italian first came into existence of standard writing in the 12th century. Tuscan (central Italy) writers’ poems and literature gave shape to the Italian language. However, you will see the Italian grammar and core lexicon have not changed since the 13th-century use by Florence (Capital of Tuscan).

Learn Italian Take the Benefit of a Historical Language

Dante Alighieri wrote the most popularly practiced literature in the 14th century. A Tuscan writer who wrote the poems collectively known as the Commedia. If you study Italian literature, you will see the influence and depth of this literature. From that period, the Italian Peninsula used the standards of ‘the Commedia’ as their written form.

Italian Scholars consider Dante as the father of Italian language. However, his political and cultural significance has worked in his favor. But Dante’s linguistic approach became an intermediary between North and South Italian communication.

The Italian renaissance might attract you. Below you will see several reasons for Italian rebirth. Many of these causes are related to religious, political, and literature influence.

Unlike the other Abrahamic religious scriptures, the Bible was not translated into Indo-Italian languages other than English. Petrarch, the famous Italian Artist, blamed the ‘dark ages’ of Europe for this. In the 16th century, the Roman Catholic Church excommunicated Martin Luther. He became an aftermath priest known for his different thoughts in Biblical matters.

Luther created a section in Catholicism and translated the Bible in many European languages. The printing press by Johannes Gutenberg emphasized Italian translation for access to a large number of people around Europe. The reason was simple. Italian is the closest language to Latin.

After some years, Italian became the court language in Italian peninsula city-states. It gave Italian a boost to be practised widely throughout the states.

Rediscovery and Division of Scholars

After the scholars rediscovered Dante’s De vulgari eloquentia, the scholars divided into three groups. They wanted a regular basis that should govern future Italian literature. The scholarly groups are-

After a century-long debate, Bembo’s Idea prevailed to be victorious and realistic. Accademia della Crusca published the first Italian dictionary in 1612. The publication of Floris italicae linguae libri novem by Agnolo Monosini in 1604 inspired the dictionary authorization.

The growth of the printing press played a major role for the Italian to reach where you see it. By the end of the 15th century, Italy had the most number of printing presses in Europe. With 56 active presses, It excelled in the publication of literature to general people quickly and cheaply.

The conquest of Napoleon pushed the language to be the official language in courts and provinces. He was an Italian-Corsican descent. After some decades, Italian became not just the clerical language but also the lingua franca for unified Italy.

There is sometimes heated debate between scholars. What should be a standard for a dialect to become a language? Now you don’t worry about that. Italian dialects do not vary in grammar. From place to place, it varies in pronunciation or word choice. However, there is enough evidence of Sicilian for declaring a particular language. UNESCO honors it as a minority language.

There are almost 34 Italian Dialects around the country with 60 million speakers. If you travel from Florence to Milan or Rome, you will notice different use of words. It is natural for 422 million people to speak most languages as Arabic with 30 different dialects. But if you learn the book language, any local will talk to you comfortably, whether it’s Italian or Arabic.

By now, you know there are 34 different dialects in Italian. I do not recommend you learning those dialects as some of them are very distinct from modern Italian. But there is no wrong to be acquainted. Check out some significant dialects below-

The history of Italian Language lessons might bore you. So I came here to shake your head. Like most of the sign languages, Italian Sign Language (LIS) has little similarities with written Italian. You can read this blog to know in detail why Vocal and Sign Language differ.

The development of Italian Sign Language started back in 1980. When American Sign Language was in good shape, the instructors successfully taught it to deaf. Italy began to formulate its sign language for the deaf.

Though Both American and Italian Sign language share the same root (Old French Sign Language from the 17th century), they are not anywhere the same. If you know the ASL, then you might get an advantage of learning patterns or expressions or patience. But that is it. Everything else about signs is different. There is no dialect for Italian Sign Language, Yet!

The History of Italian Language is very rich. You can learn Italian if you love to grow a multi-national career or music, or food, or travel. You name a happy thing that you won’t find in Italian. The ancient looking modern language has every bit of art in speaking and writing.

Some people just learn Italian for experiencing different foods. Italy is a major tourist spot for American People. Also Italy has some major industrial branches in the US. You can get a two in one, if you learn Italian. A career advantage and travelling comfortness. 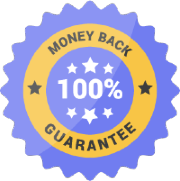 This website uses cookies to improve your experience while you navigate through the website. Out of these cookies, the cookies that are categorized as necessary are stored on your browser as they are essential for the working of basic functionalities of the website. We also use third-party cookies that help us analyze and understand how you use this website. These cookies will be stored in your browser only with your consent. You also have the option to opt-out of these cookies. But opting out of some of these cookies may have an effect on your browsing experience.
Necessary Always Enabled
Necessary cookies are absolutely essential for the website to function properly. This category only includes cookies that ensures basic functionalities and security features of the website. These cookies do not store any personal information.
SAVE & ACCEPT
Select your currency
GBP Pound sterling
USD United States (US) dollar
0
0
Your Cart
Your cart is emptyReturn to Shop

Upgrade to get UNLIMITED ACCESS to ALL COURSES for only$68.11 / year

No more than 50 active courses at any one time. Membership renews after 12 months. Cancel anytime from your account. Certain courses are not included. Can't be used in conjunction with any other offer.